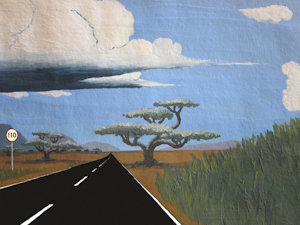 Somewhere in Kenya - with Highway Version
by moyomongooseandfamily
JournalsSee All
Two Fellow Furs Need Help
Two fellow furs are having a rough time financially. OzzieKitSkunk ( https://inkbunny.net/OzzieKitSkunk )  and  TaviMunk ( https://inkbunny.net/TaviMunk )  are short on money for medical supplies an...
2 years, 5 months ago
Old African Songs
This is a collection of old African songs, many of which are contemporary songs of their day and time. As I begin posting artwork with story content, some of these songs will be linked to in those sto...
4 years, 8 months ago
show original thumbnails
GallerySee All

Somewhere in Kenya - with High...

+2
The Mongooses
The story of the Mongoose Family through the generations.
1 submission
FavoritesSee All

Decorating the Tree
by OzzieKitSkunk
Profile
It is December 1915, in what is to be known a generation later as West Pakot County of Rift Valley Province near northwest Kenya, that Nangwaya Tatazu Mongoose and his wife, Saura Tatazu Binturong (formally Saura Whan Binturong), are raising a family of three cubs;
Two daughters, Dalila who recently turned age 7, and Shani who turned age 5 a month earlier, and a son Jaramogi who is age 2 years, 6 months.
Although the cubs are 50% binturong / 50% African banded mongoose, they still go by the last name of Mongoose.
Nangwaya Mongoose and his family are Pokot (Pakoot) by tribal identity. A few other African banded mongooses in the region, including some in-laws of the family, as well as some related species animals, are Kikuyu by tribal identity...And although the national identity for all animals was considered by the U.K. in the year 1915 as British, they claimed for themselves "Kenyan" as that identity.
During the early years of Nangwaya and Saura's marriage, home was a one room hut with walls made from dead tree branches and mud with a thatch roof, which was on the edge of a Pokot tribal village.
About the time Nangwaya and Saura were married 9 years earlier (year 1906), some members of Nangwaya Mongoose's family would refer to Saura Binturong as a "kuja hapa", Swahili for 'a come here', implying that her family was from Asia (northern Bangladesh to be exact) and not from Kenya.
But other members of Nangwaya Mongoose's family, especially Nangwaya, got on to those family members who were referring to Saura Binturong as a "kuja hapa" and got that stopped in a timely manner...However, back in 1906, shortly before Nangwaya and Saura were married, Nangwaya had to threaten to "opon da con a whup-oss" (open a can of whip-ass) on his cousin Barasa over calling Saura Binturong a "kuja hapa". But Cousin Barasa did not heed Nangwaya's warning until Nangwaya finally cut a four foot piece of thick climbing vine off of a tree, then found Barasa, then flogged the living Hell out of Barasa with that piece of thick vine...and at one point, chasing after Barasa and continuing to flog him as he ran from Nangwaya. When Nangwaya Mongoose got done, Barasa was one hurting mongoose with flogging whelps all over him...That was just the attitude adjustment Barasa Mongoose needed to quit calling his cousin Nangwaya's then future wife to be a "kuja hapa".
Since that day and time, Saura Binturong and her family are accepted as family by Nangwaya Mongoose's family. "Kuja hapa" had long give way to "Hakuna Matata" (no worries).

English is the official language spoken in Kenya, which is also spoken by the family, although some Swahili is heard on occasion in the Mongoose Family's conversations.

BTW, Nangwaya and Saura are expecting a new arrival who Saura is pregnant with as they enter the year 1916.
According to both Pokot and Kikuyu tribal customs, male and female circumcisions are ceremonially preformed on cubs at age 12...However, Nangwaya Mongoose and his siblings were born and raised in a remote rural area far away from any village, and by the time Nangwaya's family relocated near a village, Nangwaya Mongoose and his siblings were already becoming adults...thus Nangwaya as well as his siblings were never circumcised.
Nangwaya, recalling how he and his siblings were ostracized by many of the villagers over not being circumcised, discussed the matter with his wife, Saura Binturong, about the cubs undergoing the custom of circumcision when they reach age 12...But Saura, being from a country that never even heard of circumcision back in that day and time, wouldn't hear of it. So especially considering that both parents themselves were not circumcised, it was agreed between Nangwaya and Saura that Dalila, Shani, Jaramogi and the cub on the way would not be circumcised either...That's a decision the cubs can make for themselves when they become adults.

This is also a day and time the family witnessed modern innovations being bought into the country by the British such as railroads, electrical power and decent hard clay gravel roads.

The first world war is also going on at this time. The Mongoose Family, and friends who they know, haven't seen any fighting in their homeland. But they have heard of fighting going on in the countries north of them.
Links and Contact Details

nelson88
See all 35 Shouts on this Account
Leave a Shout...