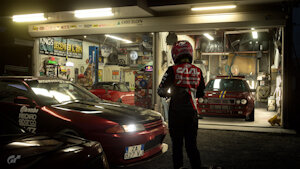 +36
Some pics from GranTurismo 7
by BEASTofTURIN
JournalsSee All
Anyone who knows about train models?
Hi everyone! Sorry for the very long absence, but unfortunately I've been very busy with job and private life and I couldn't get involved with my drawings. I ask for advice to anyone who is passionat...
1 month, 2 weeks ago
Fast&Furious X filming in my city
Hi to all, in these last two weeks (and at least until mid-June), Turin will be the location for some scenes of the last chapter of the Fast & Furious saga. Unfortunately, the film has no settings in ...
6 months, 1 week ago
Happy New Year🎆🎆🎆
Hi everyone. I take this opportunity now to make my best wishes, for a (hopefully) better 2022. Afterwards we will surely all be busy celebrating with relatives and friends, who especially in these di...
11 months, 1 week ago
show original thumbnails
GallerySee All


Some pics from GranTurismo 7

Videogames
Photos or screens from my videogames ;)
6 submissions

Be gone from this place! Or el...
by DragonFU

With a Cherry on Top
by Qwaychou

Sweater Nora 1
by DragonFU
See More in Favorites
Profile
The FIAT S76, later also known as "FIAT 300 HP Record" and nicknamed "The Beast of Turin", was a car built in 1910 by the Italian company FIAT specifically to beat the land speed record held in those years by the Blitzen Benz.

The "Beast of Turin" officially beat the land speed record in April 1912, at Long Island, reaching the speed of 290 Km/h on 1 mile straight.

Me:
Born in Italy 19 June 1989 with a passion for toy cars, model trains and art.
Over the years he has cultivated many hobbies: Railway models; drawing on T-shirts; gardening and decorator.
When free time permits, I read fantasy books, play videogames and draw for passion cars, landscapes and other subjects without frequenting any art school. My style is self made ;)

Introduced to the Furry's world while still going to school, thanks to an image of Dr.Comet depicting Krystal from Starfox Series in a very sensual attitudes. Inside him something clicked, a curiosity mixed with sexuality probably (when you're in puberty, hormones go crazy), so he started to find out as this world almost hidden, trying to avoid being discovered by anyone almost for fear of being misjudged. Eventually he joined on some sites, and slowly began to tighten friendships with other users.

Lately, in particular, has created some drawings to help a user, TheViktor, for his ideas
Links and Contact Details

joykill
See all 57 Shouts on this Account
Leave a Shout...

moyomongoose
link
Thank you much for the fave.

moyomongoose
link
Thank you for the fave.