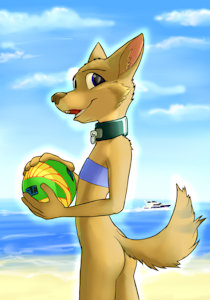 Taylor at the Beach
by misterpickleman
JournalsSee All
Brother broke my nose
Over a video game he lost while in another room. As always, the police believe it was self-inflicted. Just like when they decided getting molested by him was Its april and i have been able to speak ...
6 months, 1 week ago
turned 30
forgot to post it before, so im diong it now. i turned 30 a couple days ago.
7 months, 1 week ago
I thought it would be reassuring
Today has taught me that, despite having no education in a accounting, I'm objectively smarter about it than anyone reporting on the stock market, because apparently people forgot that the stock marke...
9 months ago
FavoritesSee All

Taylor at the Beach
by misterpickleman

Hershey Cat for SFM
by deimoseon

The Joy of Mud Puddles
by MeganBryar

Fang
by rabbitinafoxden
See More in Favorites
Profile
I'll try to keep this simple. I will probably fail this attempt. Even a coffee cup is complicated when all I can see are the pieces that make it up.

I am not good at expressing how I feel. This does not mean I do not feel. There may be a disconnect between what I think and what I feel, but I still do think and feel.

Growing up expecting to be accused of malicious intent has left me sounding sarcastic in times when I am not. My "parents" expect grand speeches, and old habits die hard. Do not expect me to understand the concept of family. I will fail. I always do. It's all I know.

I write morbid stories specifically as a coping method. It allows me to disconnect from the events enough to avoid other methods to forget. Also, the roof was too low. That isn't a joke. I checked. Painfully.

I am willing to do SFW RP, but if you have to ask about NSFW RP, the answer is already no. I am Asexual. The sexual aspect of it is not what I am here for. I don't judge those who are here for that. I expect the same in return.

The emotional disconnect when I write is a coping mechanism. I have attempted to describe exactly what could cause someone to always slip into a dull speech when attempting to clarify anything. I have failed every attempt. This is not unique to describing my own past, but it is the clearest example.

I am not attempting to be cool. Such an attempt would be an exercise in futility, and one trait I do have in common with my parents is knowing when something cannot be helped, and should be erased.

Before you ask, some, but not all, of my works are based on real events. The ones that are real will look exaggerated, but are the opposite. The characters, of course, change. If you know which ones are closer to reality, then it means I trust you to know I'm alive even during times I don't. The reason and meaning of this intentionally vague. Most possible interpretations are objectively true.

You might notice after a while that most of what I know falls under information nobody would ever want to know. I don't have an explanation for this. The fact that I actually want to know the cause of this, but don't, is a coincidence.

You might also notice after a while that I don't really know that much else.

The subject of many of my favorites tend to revolve around one of two things: one of the two is hard to describe, even to myself. The latter is not. It boils down to one simple concept: the suffering of those who do not deserve it, and the lack of any justice given. This is because it is the only believable story I know. One where innocents are tortured, beaten, broken, and the world looks at the people who commit those atrocities and calls them "hero" for it. That is the only reality I can understand, so don't take it too hard when I say I actively wish humans would go extinct already. After 30 years of only seeing the worst humanity has, I honestly think whatever god there is was lying about it getting better.

So I read to cope. It's why I do anything I do. To cope. I'm only good at two things: coping and horribly failing to express that I want someone to stop.

"Life is like my degree. It's only purpose was to look pretty and it will inevitably be taken from me by a family member."
- Me
Links and Contact Details

DualSwordsmanTenyo
See all 235 Shouts on this Account
Leave a Shout...