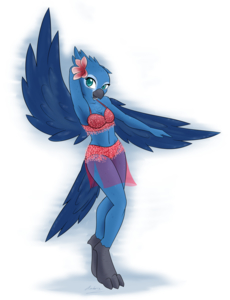 Commission: Anthro Jewel
by Ambris
JournalsSee All
(No journals)
FavoritesSee All

Eve - He Is Such A Wolf
by Sloss

who you gonna call?
by bbmbbf

Little Tails - Guess who?
by bbmbbf

Audrey's Close up
by bbmbbf
See More in Favorites
Profile
I'm an aspiring Pokemon and MLP author, who hopes to maybe make a transition into a real-life author, if I could make time enough for my own stories, to get better and such. But in the meantime, until the day comes where I focus mostly (or solely) on writing for real, I shall continue to write Pokemon and MLP (and maybe some other) stories, for all of you to enjoy!

Some fetishes I like that may appear in my stories:
Bestiality (sorta? I know IB has no-humans policy, though dunno if'll do anthro on feral someday, perhaps; if not, will do human/Pokemon and at least one human/pony (uncertain if it'll be feral or anthro) that'll be off-site)
Bondage (as long as it's not uncomfortable, maybe)
NC/Rape (if it's not too violent, for what would be classified as rape)
Hypnotism/mind control
Watersports
Domination/submission
Incest (though real incest irks me, it's hot when family members fuck each other without caring about consequences, even though some will have that probably as far as straight incest, with a risk of pregnancy)
Rule 63
Transformation
Transgender
Cub (or foalcon, in case of MLP FIM)
Transgendered (more futas, but cuntboi could be a possibility too)/herms
Impregnation (cause I mean, procreating the species? It's hot even if not really into chubby people that much or the mood swings would be nuts, but not counting those, the pregnancy aspect is hot)
Tentacles/vines (aaaaaaaaaa, just being fucked silly and touched all over by tentacles, whether they can cum or not, can just anybody, man or woman, wild <3)

Some fetishes I will NOT do, no matter what, and thus won't be in my stories:
Scat (I don't get who in their right mind LIKES this disturbing fetish, no offense to anyone who may stop by my page and see this)
Vore
Gore (actually, not so sure about this one anymore, MINOR gore at best if I write anything with excessive violence in it. I blame reading MLP gorefics (not just Cupcakes, or other ones I'm not too familiar with that have spin-offs) for this XD)
Snuff (ewwwwwwwwwww, at least if raping AND killing at same time, or even fresh fucking a dead corpse)
Necrophilia (again, ewwwwwwwwwww)
Macro/Micro (though size difference is kind of a fetish of mine, as long as it's not too great, I believe)
Hyper (but do like a bit of inflation, I guess Well, I do sorta like this one now sometimes as long as it's not too large or crazy like one damn pic on FA with a Scrafty with a huge cock and pair of balls. But don't count on me writing it any perhaps)
Unbirthing (probably, since sort of qualifies as vore, even though I did wanna do it in an RP once)
Spanking (well, doing it, cause it's sort of a domination aspect, not sure about receiving it as of yet; this one however, may NOT be in my stories, unless I feel it's appropriate)

I also like quite a few Pokemon, not just Pikachus as the name would imply. Some of the following will appear in more than one story (at least one, if I still write some old ideas one of these days), perhaps:
Pikachu (obviously :3)
Buizel
Buneary/Lopunny
Flareon, my favorite Eevee evolution (and after my current mate at time of joining, but one or two won't feature him, if they do have a Flareon in it, such as one request I'll get to writing eventually Okay, so my mate was a bastard and dumped me for someone else without even saying anything, but I'll still do stories with a Flareon in it, but it probably won't be him after dumping me in the rudest way possible)
Umbreon (after a dear friend of mine who said he likes them, for his Pokeself; but also some without him)
A few of the other Eevee evolutions (particularly Vaporeon and Espeon)
Zangoose
Chikorita/Bayleef (maybe Meganium)
Mew (I think, will be in one story, at least)
Rhydon
Shinx family
Bulbasaur family (sort of)
Arcanine (fuck the large size, Arcanine's super sexy <3)
Vulpix/Ninetales
Riolu/Lucario
Many others sorta based on their looks! XD

Anyway, that's about it. I will write any sort of pairing (meaning M/M, M/F, and F/F, but also could write ones with transgender individuals, since those are kinda hot XD), but as I said, some things I WON'T do no matter what, if I don't understand it or find it too hard. Anyway, hope you all enjoy my stories, when I get to posting some that I feel are worthy of here!
Links and Contact Details

SlyMeerkat
See all 41 Shouts on this Account
Leave a Shout...

Yotsuba
link
Thank you.  I lost my copy of Twilight Princess a few years ago.  I'd buy a new one but I can't find it for less than like $60 anywhere and that seems a bit too much for a game that was a launch title for the Wii.

Them Nintendo classics never seem to get cheaper.
Thank you.  I lost my copy of Twilight Princess a few years ago.  I'd buy a new one but I can't find