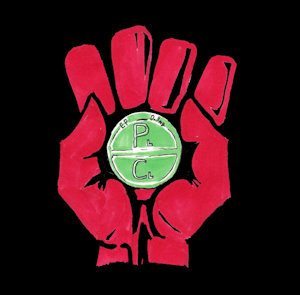 Levi's Song/ Shonen A
by contextsickness
JournalsSee All
I'm Back
Was in a mental hospital for...Reasons. But I'm back so...More art I guess? Although I'm not really in the mood to draw, might try my hand at writing.
2 years, 6 months ago
no art ;n;
I'll be busy the next week or so, so yeah, not gonna be too much in the ways of PORN or social media although I'll try to reply as soon as I can
3 years, 7 months ago
Nikka's Dungeon Exploration thingamagoo
Gonna reboot the series. In color this time. https://shindanmaker.com/a/602121 If you want a basic rundown you type in your character and what floor they're on, and it'll give you a description of...
3 years, 7 months ago
show original thumbnails
GallerySee All

Never Gonna Give Up

The Only Thing That Burns

Art
As the title says
24 submissions

Cancer
As the title says
11 submissions
See More in Pools
Profile
Hi! I'm ContextSickness, but you can call me Context or Cont!

I like to draw cute reptiles and sharks.
A lot.
No, seriously.

Sooooo......Expect some of that kinda stuff.
Other than that I occasionally draw some stuff my friends' suggestions..
If you have one of those, feel free to tell me. I'll see if it's something I can manage.

Annoying windragon that talks a big game, but is a wimp in reality. The kinda guy that brags about smoking weed every day only to be a complete lightweight.
Carries a Glock 18C BB gun and owns 3 novelty samurai swords which he purchased at a local mall from a shady asian store.

Doesn't see much use but she's a shark-dragon-salamander hybrid, specializing in mercenary work. Kind of scary on the surface, but she's actually just very shy,
probably looking for the right words to say, thinking of a million things a second.
The scary shit she says is just her trying to be nice, unless you're her mark.

In that case, well, you should be praying because heaven will be your only hope.

Nathaniel: Cattycot boi, veri kyut. He prefers being called Klaus, for personal reasons.
Say he says a joke, and you tell him it's horrible, he'd end up wondering why you said that it was horrible out loud instead of just laughing, as people do so as to be polite.
. If you chew with your mouth open, he'll be the first one to notice.