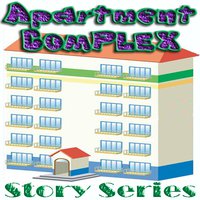 The Apartment Complex - 001; Settling in
by Zinzoline
JournalsSee All
Stories/Art on hold
So, yeh... from about New Year's on, I have been feeling under the weather a bit. I didn't think too much of it, but about a day ago I got rather bad dizzy spells; whenever I would turn my head to the...
9 years, 4 months ago
show original thumbnails
GallerySee All

Minty, Dusty and Fifi by Tazar...

Minty, Dusty and Fifi by Panda...

Minty Mouse
This is the folder where I will post all the stories of the story series in which Minty Mouse and her friends are the main characters of.
13 submissions

Minty's friends
And this is the place where I'll be posting the pictures of the friends of Minty Mouse, who will be making more frequent appearances in the Minty Mouse story series.
23 submissions
See More in Pools
FavoritesSee All

Let's start with the base statistics:

Name: Zinzoline Venus Velvetpelt
Gender: Female
Age: 35
Species/breed: Feline, housecat; calico Maine Coon, angelic
(Almost always anthro, however I also have a feral form, also winged, and even a taur form, also winged. I hardly use either of those forms, though, but I do tend to use the feral form more than the taur form)
Height: 7'2"
Weight: None of your darn business =Þ
Sexuality: Lesbian
Status: TAKEN

Now let's do it a bit more informally:

Merry Greets, my name is Zinzoline Venus Velvetpelt, First Priestess of the Circle of Bastet. I am a 7'2" tall, angelic calico Maine Coon kitty (with the wings to prove the angelic bit), also known as Zin, Zinz, Zinzo and other abbreviations, as well as Fluffy, but that's only in the street racing scene =~.^= Aside from being a First Priestess, which is my main occupation, I'm also founder, lead singer/songwriter and lead guitarist of my band Caterwaul, which plays mostly cover songs from the time when music was still good music (or actually, we play about anything from the 1950's to the 1980's), and we play our own work as well. I have an adopted daughter, a vixen named Madeline, of 13 years old, and I have several pets as well, both regular quadruped felines, and girls =~.^= It's only girls, as I also am 100% fully and unbridled lezabelle ♥

As for what's behind the computer; I'm a lezabelle kitty born in the late 1970's, and I was born and have lived all my life in the Netherlands. I started writing at a very early age, from about when I was 7 years old on already, as I have always had a very active imagination and fantasy and I used to always tell weird stories in school. My grade school teacher adviced me to write the stories down - I'm still thankful to him for that great advice!

Of course I started out writing my stories in Dutch as that is my native language, and they were often an early form of fanfiction, or a mix thereof and my own work. I started creating actual characters of my own a couple years later, and only once I had a good grasp of English, I started writing my stories in that language as well. My first stories in English were mostly fanfiction as well, and I have a lot of unfinished stories laying around that are heavily inspired on, or even blatant plagiarism of, books I read or movies I saw =Þ I'm still keeping those stories around, however, and every now and then I pluck a character or scene or idea from them, tweak it a bit and use it in my current stories.

I also recently started dabbling in drawing a bit; I'm still not very good, but my first attempts have been coming out rather decent, so that is keeping me inspired to keep at it. It helps I can now actually make visual representations of the many characters I create, especially if they have not yet gotten art drawn of them before. However, almost all of the artwork of any of my characters is commissioned by me, not drawn by me.

Also, while I may seem to be very playful and outgoing and flirty with the girls, and while I have a couple of pets, I also have a mate, for several long happy years already, and I'm very faithful to her. I love making new friends, but I'm definitely not looking for any relationships because I am in one already, and very happily ♥
Similarly, as mentioned before, I'm very much lesbian, which means I'm look but no touch to the boys. Do not mistake my friendliness and cheery flirtiness for anything it's not; I'm always polite and friendly, and with the girls I'm flirty - at least with those girls I know who don't mind it - and I even have a couple of good friends who are male, but it is still no touchie for the boys. Not even a friendly hug or anything; that is something I only reserve for a very select few very good, personal male friends of mine.

Well, I guess that's about it. If you made it all the way down to this part, here's a cookie for you! =~.^= I may add even more when I think of more later, and I'm usually happy to answer any questions anyone has =^_^=
Links and Contact Details

Sensen
See all 103 Shouts on this Account
Leave a Shout...

MeganBryar
link
Heya. This is just a quick little note to say I hope you're doing okay, and that you're staying warm and enjoying this holiday season.

Just sending some good thoughts your way!
Heya. This is just a quick little note to say I hope you're doing okay, and that you're staying warm