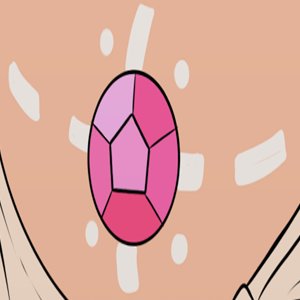 Tribes of Tumia Info #2: The Characters
by MrAnonArtemis
JournalsSee All
FREE RAFFLE!!!
A free raffle to celebrate this artist, Auzzie, getting 500 watchers! Congratulations, man! ENTER HERE: https://inkbunny.net/j/314022
3 years, 2 months ago
Febarary 14
Man...I can't believe i haven't written an entry in a long time ago, in another galaxy away...https://www.youtube.com/watch?v=rCB8DUGpYQQ&t=14s Yeah, I did that. XD Anyhoo, I'm Twilight(not unicorn, ...
3 years, 4 months ago
Free Art Raffle
Tacoyaki is holding an art raffle. Check it out: https://inkbunny.net/journalview.php?id=46850
8 years, 11 months ago
FavoritesSee All

Tribes of Tumia Info #2: The C...
by MrAnonArtemis

Games and Pizza!
by Saucy

Easter Treats (by Jailbird)
by Etheras

Name: Misty
Species: Mixed pony
Age: 18(but can change his age to be 8 months old or older)
Height: 5'6"
Weight: 105
Head fur: Silver with red tips.
Fur: Grayish with little, white spots on his rear
Eyes: blue
Clothes: Misty sometimes wears pink sundress; red mini-skirt and green, lose blouse; a school girl outfit; or her personal favorites, a Halloween costume of Tinkerbell, farm girl, and Sailor Mars(with wig). She also wears earrings, nipples rings, and bows in her headfur.
Bio: Misty is biologically a male, but thanks to her single mom(crossdressing father), she think of herself as a female. She is shy and quiet, and always hide from other furries, unless she find someone she like. Misty hoping to find someone to love and she doesn't care the species or sex. Just as long as she find someone who cares for her.

Name: Max
Species: Paint pony
Age: 16(age can be change to be 4 years old or older)
Height: 5'8"
Weight: he's about 120
Head fur: golden
Fur: Brown fur, with a white spot over his right eye and a huge white spot on his lower back
Eyes: Blue
Clothes: Max normally wears a pair of tight, cut off jeans, purple tanktop, two sets of his piercing in his ears, and a purple backpack on his back.
Bio: Max is a kind and quiet pony, who was raise on a from with his gay uncle. Sadly, he didn't enjoy staying with the horse, cause of the fact that he was force to wear girly clothes and force to have sex with him and start to sell his body to his friends. He got sick of this life and sick of never getting a chance to be with a female, which he decide to run away and never come back.
Now a days, Max is on the move, looking for his place in the world, wearing what lil' clothing he have. He sometimes take up odd jobs to make money and sometimes even do things with other furries. He love eating sweets, skinny dipping, and walking outside, and thanks to the fact that he run away, he learn how to take as much punshiment as he can give.

Name: Twilight
Species: Rabbit
Age: 14(age can be change to be 6 years old or older)
Height: 5'4"
Weight: about 95
Head fur: Jet black
Fur: charcoal color, while his chest, stomach, and groin area are silver, as well as a small four point star in between his eyes. He also have two tribal tattoos that suppose to be honoring the moon and sun. His left arm have the sun, while the right butt cheek have the moon.
Eyes: blue
Clothes: He normally wears loincloth, beaded necklace, a copper ring around his right hand and one around his member. Though it should be point out, that the young rabbit have no shame and can be seen in the nude.
Bio: Twilight come from a tribe, who live off the forest land, hunting and fishing everyday of their lives. He's shy, quiet, keep to himself, and prefer not to fight if he doesn't have to, which is the reason that his tribe look down on him, thinking he's weak. What's worst is the fact that the chief's daughter and son used him as a toy. Cause of this and other little problems, he was kick out of the tribe, saying he'll be killed on sight. Now a days, Twilight on the move, looking for a place for him. Away from fights and where no one will judge him. He also like to swim and bathe outside, enjoy both the sun and the breeze on his fur.

I do like to rp in anyone of these characters. Just as long as it make sense to the characters, and as long as it doesn't have to deal with vore, blood, or small places, like cages(hate them).
Links and Contact Details
No contact details added.
Watching969 usersSee All
Watched By35 usersSee All

LexiTheShunamir
See all 139 Shouts on this Account
Leave a Shout...