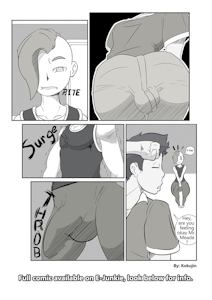 0717_One Week One Underwear
by unrealplace

I can't imagine a lot of people reading this, but since I'm soooo bored right now I might as well write up a 'new' information section on this account.

So, I live in Sweden, originally just 100km south from Stockholm (our capital) but I've moved further south now because of my studies. Right now I'm attending a program at the local University to become a paramedic.

I've also travelled around the world a lot, favorite country so far has been Morocco. Mainly due to the atmosphere, the people as well as the rich cultural heritage. Sweden also has a lot of fine-ass-boob-lickin' history such as the whole Viking thing and the time when Sweden was a world power. I won't go into details since I've found that most furs are mainly interested in licking/or having someone lick, their genitals. Which has it's charms, don't get me wrong but the whole routine gets kinda old after 11 years.

I'm not being rude as well, this is just how I talk. Some people have actually called it "fancy" and added a 'lol', 'roflmao' or 'insert random smilie' after their comment. I don't understand why people visiting this freak of nature we call the 'internet' can't hold a proper conversation. It really isn't that hard, I'd also like to add that shyness over the internet is such bullcrap. I am fully aware of the fact that it isn't the most secure place around to do one's buisness but as long as you don't say your name, show your face or something similar there is no need to say you're shy. I feel that the people who say such things on the web are the people unable to hold a conversation for more than 15 minutes.

Another thing you might want to know is that I'm a Socialist, in the Swedish sense of the word. I would like to believe that socialists around this planet of ours have the same ideals but that isn't the case... so very sad. I also read a lot, I love to write short stories, novels and articles; I also enjoy my gaming. I love to cook and I'm very picky about what I stuff down my throat, it has to taste good or I won't touch it. The same goes for alchohol, I only drink certain beers and I really enjoy drinking whiskey from time to time or a nice bottle of wine. Cigars are also great but I don't smoke them often. Speaking of which... I used to be a smoker but I quit about 4 years ago.

Oh yes... before I end this short introduction, if anyone is interested in talking to me just send me a note and we´ll see what happens. But PLEASE spend some freaking time writing it instead of going "hey" or "i luvz yuo char". Really rubs me the wrong way.

That's a bit of information about me, the REAL me, not my fursona. If you want to know about the latter, check out the gallery or check the scraps section.