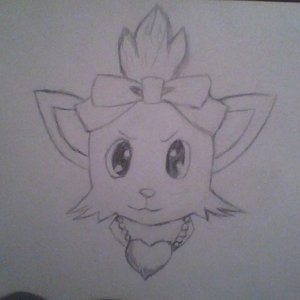 Diana
by LupinderFuchs
JournalsSee All
Wonderful art
Please check this amazing artist out https://www.furaffinity.net/view/43157309/
7 months, 2 weeks ago
Writing
Anybody who wants to write me feel free to add me in Discord LupinderFuchs#2665~
11 months, 4 weeks ago
Amazing Art
Check out this amazing artist, his art is amazing but underrated https://inkbunny.net/s/2240767
1 year, 11 months ago
show original thumbnails
GallerySee All

Me and my Wife
by kekitopu

Crowns Of Lamb
by vavacung


Sponge Out of Water: Resurface...
by NekoStar

Happy and Dian - Your Love (Ex...
by RedBright
See More in Favorites
Profile
First of all, I love to do nice RPs about my favourite character, so if you would like to give it a try with me, then please add me on Discord or Skype, everyone is welcome~ ^w^

I just want to tell you something about my own character Lupin:

He is a normal red fox, who is big as a wolf and not only that is special about him!

He got a scar over his left eye, from a special cat who he loves very much, but she... well let's say that she can get pretty aggressive and is a tsundere.

The most important thing about him to tell is that he can use magic, it's destructive nature seems to get over Lupin sometimes, that is why he can be extreme brutal and reckless. This magic he uses is called "Cerberus Flame", which allows him to use white flames and control them like he wishes to do. He can also control what the flames are attacking and what things get damaged by them. This mean he could let the flames flow over your body, but you can't feel any heat.

This magic also allows him to be flames himself. This technique provides two more forms of himself:

1. The first form of him is like a battle form which allows him to appear as a big fox anthro, he got pretty much offensive and defensive physical power in this form.

2. The second form is a huge three headed fox beast with enormous magical and physical power.

BUT in really bad situations of anger, dispair or sadness ,because he lost someone he really likes, it can happen that his magic takes the lead and his magic acts like an spirit and destroys everything. After that Lupin can't remember anything and he also loses pretty much power. If you see his eyes are glowing red, you know he can't control his power any longer.

Normally he is pretty quiet and don't often laughs or shows any emotions... except his love is around.

This was a short view on my OC Lupin the Fox
Links and Contact Details
No contact details added.
Watching150 usersSee All
Watched By29 usersSee All

koutakunyiff
See all 25 Shouts on this Account
Leave a Shout...