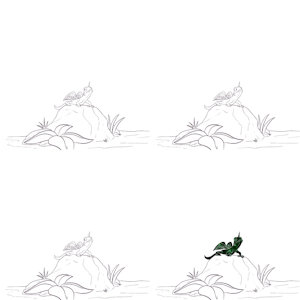 +2
Origin Story
by Kattlarv
JournalsSee All
Incompence is NOT a Style
Let me help break this down a bit. There are very good reasons, most objective, to why I don't consider laziness or incompetence to be an adequate excuse in art. At least not when charging money for...
2 years, 7 months ago
Price For Incompetence?
While I am on a roll. Let's talk about an objective fact: A LOT of artists, try to get a free pass on being inept. Primarily: Only on female genital anatomy. To explain it plainly: (and: do it how ...
2 years, 8 months ago
History of Fraud Within the MLP Fandom
(Foul Language) While I am aware that a huge chunk of people despise facts, the truth and/or irrefutable evidence in case it hurts their feelings: Here we go again. For no particular reason, I just...
2 years, 8 months ago
show original thumbnails
GallerySee All


Spur of the Moment

What a Horrible Night to Have ...


Fandom 101 Comics
Profile
Note: I have as of recently realized that beating people across the face with something is considered far too subtle... somehow.
So with that: I just wana point out that anyone thick enough to take my sarcasm, snide remarks and sass as LITERAL: Dude, stop your tantrums.
I parody the arrogance of the popufurs I expose as hacks/fraud. Along with the weak attempts at insults thrown my way.
I take the stupid shit people say, and parody the hell out of it. You wana keep whining over that I know that vaginas aren't located on the abdomen? Have at it. That's how the "vagina expert" came too. If you struggle to remember if it's above or below the navel, I can't help you with that. But: I CAN make fun of your ignorance.
->
While most of them are true. (Like, that roughly 9/10 "elite" artist have admitted that they are inferior to me in terms of female genitalia.) The reason I point that out as said is to make fun out of how truly ridiculous that entire statement is.
Like, lets get real here: When a "15+ year veteran" tries to insult me, by pointing out that they can't draw proper female genitalia, as they are too lazy to learn how... how is that in any way an insult towards me? It'd be like Gordon Ramsay tried to burn me by going "What's that? YOU know how to boil an egg? Lawl! I have no fucking clue how that works, neeerd! Next you're gonna tell me you know how to knead dough!". Correct me if I'm wrong here but: I barely know how to draw stick figures... yet I wipe the floor effortlessly with the "best of the best", because they are too lazy/inept to improve... and this is somehow supposed to make me feel embarrassed? Especially how most of them brag about how "My fans are too stupid to have a standard."


The one and only~

Decided to get around to this site, as apparently this is where most of the quality content was hidden. So, might as well inspect if that's true :P


Anyhow, I'm Kattlarv. Also known as "Satch" on some sites.
Mostly known for my tireless efforts of exposing scam, hack and overall dishonest artists on the web.

But I'm also a bit known for my writing in stories and/or comics. Alongside dabbling in some animations.
That, and inventing a bunch of new sex acts, fetishes and doing several "world first" projects. Mostly for the fun of it.
And to some: Invaluable help for new artists.

There's a lot of lies and propaganda going around about me. But, such is the price to pay to be a whistleblower. It is not popular hehe. Always shoot the messenger as they say~

Anyhow, irregardless: I do hope I can do a bit of a fresh start here. And hopefully find some quality content. Along with nice people.
Links and Contact Details
No contact details added.
Watching0 usersSee All
Watched By126 usersSee All
(No watches to list)