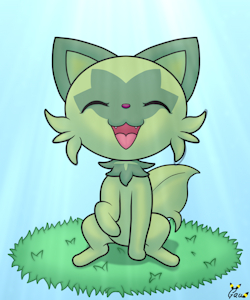 A new cutie appear~s
by Gau
JournalsSee All
Pillowfort Hype train
I decided to try out pillowfort. It is basically a new blog site much like tumblr before they decided to ban nsfw and effectively destroy themselves in the process. I saw a few pokemon artists join a...
2 years, 3 months ago
Happy Easter =D
Hope you all have a great Easter Weekend! Even if you are stuck inside (Not that my fellow introverts care!). The guild does not celebrate Easter but Pyre has somehow heard of it.. https://inkbunny....
2 years, 5 months ago
Shading Preferences?
Just a quick question! I experiment with shading a lot (and still intend to) but would like to know what you guys tend to prefer. My simple cell shading (hard smooth lines of shading like you see in...
2 years, 6 months ago
show original thumbnails
GallerySee All

Ori and Ku
by KAZOKO

A friendly retreat (Patreon re...
by Vitrex

be silent, smol one
by sashtrash
See More in Favorites
Profile
More commonly known as Gau

Hmm was a silly name I used for lurking until I randomly decided to start doodling. I then got addicted and have been drawing ever since. Before I knew it I had uploaded a ton of images and making a new account is a pain so on FA I am Hmm!

I have never been much of an artist but I find it fun and relaxing. I just draw what I what when I feel like it which is mostly Pokemon Mystery Dungeon themed art with my ever growing list of guild characters. I mostly draw for myself but knowing a few out there enjoy my art too makes me happy =D.

I'm currently not comfortable taking commissions and will not take requests for the time being.

I also have a second channel here where I will post anything that I consider an unpopular kink.

My art is generally set in the Pokemon Mystery Dungeon world, based around the guild Everstone, a future/alternate reality version of Wigglytuff's Guild.

This has been a little project I have worked on as I have continued to draw, whenever I drew a new pokemon it just ended up becoming a new OC for my guild which now numbers over 50 members..

The Guild and the world itself is very open sexually, and although they do the normal day to day guild activities I tend to only cover their more 'fun' activities.

Also many of these characters have partners, in this world having 'fun' with others isn't a big deal, so it happens a lot. To them love means more than sex~

Also please note all characters I draw are naturally adults. Pokemon can only join the guild when they are considered of age. In the PMD universe evolution is optional and one must activity seek it if they choose, so just because a Pokemon is still in first form it does not indicate their age ^^.

And that is my little PMD world~


You can find more details of how the guild works here:
Guild Details (Google Docs)

dmoose
See all 48 Shouts on this Account
Leave a Shout...