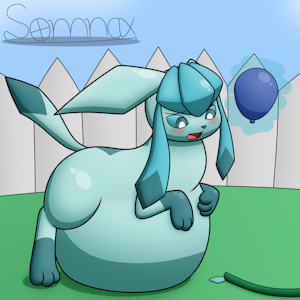 +4
Cooling Off
by Somnax
JournalsSee All
A question, just for you guys at InkBunny
For those of you unaware, I've been working on a comic that's going to go on for a long while ( http://www.furaffinity.net/view/20537593/ )  (or, on Weasyl ( https://www.weasyl.com/submission/1357700/...
3 years, 7 months ago
show original thumbnails
GallerySee All

Vanilla
17 submissions
Profile
Well, I'm just some random guy with an inflation fetish.  There are few things I like more than straining and popping.  I try not to get too sadistic with it as to produce content that others here will enjoy, but I'll indulge in it every now and then.  My 'purpose' here is simply to provide more content for those who happen to be into random furry things being filled to (or beyond) their limits.

For those wondering who my characters are, we have...

Somnax (me, of course)
The sadistic, inflation and pregnancy loving (so long as there's a "boom" somewhere in the mix) feline himself that draws everything you see here.  And yes, he does bite (only for fun, though :U).

Jay
My own pet lucario.  Not into inflation, but you'd be hard pressed to find someone more submissive.  Just don't touch him without me saying you can, and nobody messes with the collar (I'm rather protective, and he's based on someone I'm very close to in person, so he's a tad more than just a character).  Relatively timid, but he does enjoy company.  He's also different in that he's the only character here with no interest in inflation.

Lebri
A somewhat less masculine fox that's less... forceful than myself.  Won't make you scream unless you want him to.

Vella
The female of the bunch, a feline (I guess) that's a bit less social than the others.  Just don't try to get her hair out of her eyes.  She's a bit more open with Lebri, though.

Vi(olet)
A female umbreon. She's effectively separate from my other characters. She doesn't really put up with the same fourth wall business as the others, but she generally enjoys inflation up to a point (although whether she's afraid of popping or not is up can vary). Often by her own fault, she rarely stays in one piece after letting someone rut her (either because she insists that they keep going or because they keep going despite her own wishes), and she never manages to stay in one piece when she gets knocked up from the affair, much to her own annoyance. A slutty feral pokémon girl for people to enjoy.