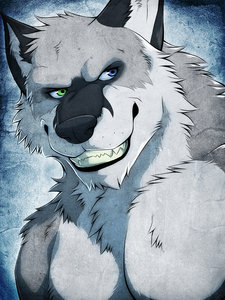 Going to tear you aprt...
by KougaTalbain
JournalsSee All
(No journals)
show original thumbnails
GallerySee All

Going to tear you aprt...

Calling You Out!
FavoritesSee All

Pay no mind to the battles you...
by DreamAndNightmare
Profile
Hello there! I am the folfy (fox-wolf mix) known as Kouga Talbain, also a part time coyote but after all folfs are nothing but coyote's in denial. I have been mainly lurking around FA for a while, browsing art and stuffs. I used to write more often but I may post more of it as well. I am also going to have my very first fursuit based on my fursona you can see in all the pictures. Anyway not much more to say about me, but leave comments or talk to me anytime I am easy to reach!


And I have been to furry cons, or will be attending them

I have a Mate is is an amazing blue dragon Ihvon Sarlei, He is my long lost treasure and the sweetest of sweets! I do not RP either so do not ask!

These other pictures I get done, are not my fursona just art of certain species I wanted drawn in solo/pin-ups. I have only 20 species planned right now and will all get drawn eventually, some I already have drawn and are finished. Any art I get done of them is not by me but from the artists mentioned on the pictures as well, these are not me and I do not RP with any of these characters. And the characters and names belong to me, and credit to the artist that drew them!

Also I cannot draw at all, so all art here is commissioned so go check out those artists!

superredfox
See all 13 Shouts on this Account
Leave a Shout...