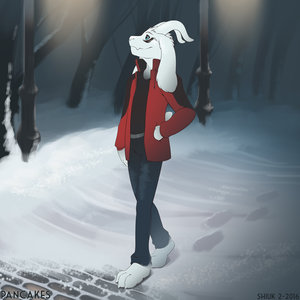 Stroll to Old Snowdin
by Shiuk
JournalsSee All
Cub, is fucking sick, and you can draw It, and enjoy it but to me it's Disgusting people.
I'm, so sorry that I don't enjoy cub, or wanna draw it, if I every get better at drawing, and if I do I'd never wanna draw cub, and definitely not a child fur with its dick out that's just sick, and l...
3 years, 5 months ago
FavoritesSee All

Stroll to Old Snowdin
by Shiuk

My little Prince
by Rakimou


An outfit
by Crackers

A Sword Boy
by Crackers

New note
by JAMEArts
See More in Favorites
Profile
Hello, my name is josh I like to play video games. and I have a wii u, new 3ds xl, ds lite, ps2 N64, SNES, and a Switch. and I like to watch Undertale, and other videos online. and I like to watch anime online, or were ever. and occasionally read manga online, or buy the volumes, and I usually get the manga, to see if it's different, plus if I really enjoy the series I might aswell get it's manga, and maybe sometimes get the manga to experience the story first hand that way. eitherway I love Japanese media, but mainly manga, and anime, and more. but comic books are great, to but anyway. my favorite animes are, dragon ball z, attack on Titan, death note, one punch man, mob psycho 100, Jojo's bizarre adventure, fist of the North Star, Fullmetal alchemist, one piece, naruto, my hero academy, Tokyo ghoul, Gurren Laggan, kill la kill, monster, blood +, yu yu hakusho, cowboy bebop, Evangelion, initial d, berserk 1998, Hunter X Hunter, both 1999, and 2011. and I like to listen to music, and i love metal, rock, alternative. for rap death grips, old euruim, childish gambino snoop dog somewhat, dupstep. and my favorite bands are, radiohead, and probably queen, Metallica red hot chili peppers, and some others ask me. and video game music, anime music, and pop sometimes, mostly Michael Jackson, even after watching the documentary..... and I like to read fanfics, and books sometimes, that aren't manga, and comic books~. and I like to draw art of Undertale characters, or anything, I what to draw, and I like to look at fanart, and art online on deviantart, and other places. and I like to watch amv,s on YouTube. and I love~ to be around on social medias, and post stuff sometimes and I'm on amino a lot so if you really like me, pm me, and then we can talk, and rp, and share stuff about eachother or elsewhere. and I like to watch twitch streamers, and I love vinny, and Joel and, Markplier, jacksepticeye, h3h3, I hate everything, and avgn or cinemasscre. And Jojo YouTubers mainly X forts, and meitai not the badguy. And For other series chibi reviews, and tekking, and Zhonilen. Also Asabell is looking to have a lot of fun with cuties, and hottie's. so if that interests you, definitely if you like female Asriel's, hit me up~ hons~.
Links and Contact Details

Scoundrel
See all 63 Shouts on this Account
Leave a Shout...