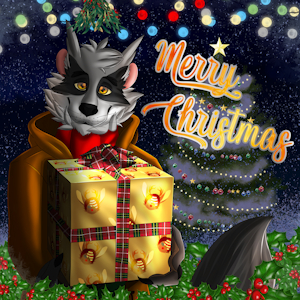 [SEASONAL] Merry Christmas!
by Dracolicoi
JournalsSee All
I thank you all!
So HEY!!! I want to let you all know I tank you for watching, and faving and everything! Just that due to some personal affairs and constrains in times and activities I'll have to stop thanking indivi...
1 year, 9 months ago
Setting all Friends Only for a while
Ok guys... I'm setting all my gallery for Friends only for a while... when this bot pandemic ends I'll re open it to the public
1 year, 11 months ago
Spam wave
Guys I know it comes as... common sense but... please don't open those links that have been popping all round!!! Be careful... Now... how do I set all my submissions to not allow comments at once?
1 year, 11 months ago
show original thumbnails
GallerySee All

[PERSONAL] Keep your hands off...
See More in Gallery
PoolsSubmissions grouped togetherSee All

Real Me: Ed Virgilius
Just the real me... hehe Mostly SFW, but some NSFW too!
82 submissions

The twins!
Art, stories and more of Eddy and Rafa in the alternative cannon!
16 submissions

+3
Draco Nidhoggson Solo
A pool for pictures of Draco alone, either clean or naughty!
5 submissions
See More in Pools
Profile
Hey There! For those who like to meet me I'm from Mérida, I'm gay and taken. I love to RP yiffy stuff (Yes! My boyfriend allows me that, he's the nicest person EVER in the world!!) Check on my characters below to know my kinks *winks an eye*
DoB: September 12, 1988
Sexuality: Gay
Languages: Spanish (Main), English (learned it since I'm 8 years old)
Personality: quite naughty *winks an eye*
Things I'd NEVER draw: Scat, Snuff (that is not in the form of battle or such, meaning no serial killers please)
Things hard for me to draw: Females... never managed to get the boobs right, but I try.

WinterSolstice
See all 920 Shouts on this Account
Leave a Shout...