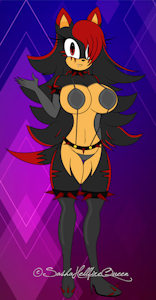 +5
Sasha's outfits
by SashaHellfireQueen
JournalsSee All
please dont spoil Sonic the Hedgehog 2 Movie
‌*‌‌yea i do want to go see it with my sisters but i forgot that my lil sis and mom when to Guatemala to visited my mom's family and mostly my grandma; so they did left on April 1st plus my mom born i...
1 month, 1 week ago
epic movie in my opinion
*‌‌‌Jujutsu Kaisen(aka JJK) the movie was really awesome and epic and tbh when my sisters and i went to sit where we are select by rows; only like two or three people in there XD so that great if you...
1 month, 3 weeks ago
im going to see a movie tomorrow
*‌‌‌i know im being inactive but i blame my fucking job tbh but im trying to draw if im not always tired from work; anyway im going to the see Jujutsu Kaisen(aka JJK) the movie with my sisters and i d...
1 month, 4 weeks ago
show original thumbnails
GallerySee All

what a lovely lady

a gift for Glory
FavoritesSee All


Ready to fight
by HumpingforMiles

FS: My 22nd Birthday!
by Silverfantastic17

Melissa- "where are my pants?"
by Otachan1

Taiyo The Lion(colored)
by DragonMakai709
See More in Favorites
Profile
hi, my name is Sasha. im really shy, but kind/heartwarming person & get to know me; my grammar suck tbh. love to draw & i do use bases but need to learning them without bases/learn from reference. it not easy to draw hands, positions, etc. but trying my best. my own fcs/ocs in the gallery also im mostly draw fcs but mostly female fcs but i cant draw males idk. Hater gonna Hate ¬w¬. im fan of Sonic, Mario, Amine or others that im interest. im not here for fame or popularity, it not worth it a time for me. sorry if my profile/opinions is long nmfp.

Warning: my opinions/reasons on who i hate, but everyone need respected it. we do have choices but be fair, they are franchise characters. having a right reasons but great reason. no immature or bitching about on my reasons on why i hate this character; also why they shouldnt be relationship & their characterized faults/creators, thanks.

mostly hateful DiC/Archie fan character💢: Sally Acorn
she is just out of balance also always came off as overbearingly bossy & self-righteous bitch to me. in the comic it always about her but she not the main character. she is smart but at times abused her position. her characteristics & her background dont make sense. so thanks to DiC/SATAM & Archie who ruin Sonic for me cause he shouldnt be with her as the beginning of this shitty fake "relationship." she is not sexy but she look so fucking ugly to me. she is not a official character cause Sega didnt created her; she was created from DiC/SATAM by somebody. im sorry, she not good enough for me. she just never really appealed to me personally & i found her to be too cringey of her characterize, it disappointment & disgraceful as a character so she is actually a Mary Sue; for being a in a "relationship" to Sonic. it all her fault being exist; for fuck sake i hate look at this piece of shit.

worse/hated Sonic Fan Couples💔: Sonally is an fan couple/non canon official. it's bothersome cause just rushed it for no reason. they made both fall in love so damn quickly, it only deteriorates Sonic's characteristics mostly. their "relationship" is a fucking joke like soap-opera of too much drama, prissy-teen love triangles, other cliché & shoved it in our face also between both felt so unrealistic. Sally gives him a serious dramatic side, they're only teenagers, why get so tied down & serious? we have stupid Archie makes romance dramas come into Sonic. Sonic should be the kind of guy who doesn't mind it, but not his main focus in life not to be in relationship. does anyone forget Sonic is a free spirit & adventurous? he's not interested in romance/relationship; it's one of his main aspects of his real main character. he's sweet to girls because he's a kind & sweet guy also his actions towards girls dont equate to him "loving" them & nice to everybody. Archie though makes him get all mushy & out of his character its very disgraceful. everyone should know Sally is not official Sonic's love interest cause Sega never ever make it official. earlier years of the comic, Sonic even does said something along the lines of he 'not needing a girlfriend' or he wouldn't change a thing with his friend's, but a line it was basically stating the Sonic comic would he never have romance. but this is all Archie's fault making Sonic out of character for being with Sally, its so disgraceful. everyone should know Sonic displayed he wasn't the romantic type. seeing Archie makes Sonic so comfortable sucking the lips off of Sally & other girls to flinging with them? we can obviously see this Sonic is a faker who poses as Sonic. im doubt Sonic would never do that. he has the decency care to respect women, their hearts & he never stays still to dwell in romance or affection. Sonic is suppose to be the type to never settle down like Naka has said, but in the games & comics he's running away from Amy; a girl who wanted to marry him but yet...he's bound to marry Sally who an fan character? wtf? jt so wrong & disgraceful to Sonic. this is all truth. i know opposites attract but this is shit fake non couple is just fucking toxically relationship. people need to stop saying they are a cannon couple which they are not at all. no hater gonna hate, so bite me :I

favorites Sonic Couples💕: Sonamy, Slivaze, Knuckles & Rouge, etc.(unofficial/noncanon)
Shadow with someone like fcs/ocs? well i dont care. but it is fine we can pair our fcs with Shadow which is fine, but as long that you dont make too toxic or others shit excuse; shit like "your character doesnt belong with him, but mine does"; this is annoying like an fucking crazy fan girls/boys tbh. beside he just not a type of person to be in a relationship with nobody. i hate the ship of him with a human & not a fan of Shadow with a dead characters examples like Tikal & Maria.

ShadowxMaria?💔 wtf, they are friends not lovers. Shadow & Maria are more like bother & sister relationship; it make no sense to be lovers. Shadow is the reason to protect her at any cost even his life, no matter what. disgraceful, you as fans is making her turn into a hedgehog, so she being "alive" & fell in love with Shadow? does it really make him happy? fuck no! cause he knows she is already dead. this ship is completely disrespectful to Maria Robotnik actually is, a girl who probably raised Shadow as family & influenced him to do good for others. she was never a hedgehog & wasnt meant to be his lover. especially disrespectful since she died, it just so wrong so many ways. Maria deserves more respect than this; not making her into a hedgehog & not having "feeling" toward him. she never have a love interest for him, she just so caring for him like a bother that is all.

worse Sonic shipping: cannonxnoncannon & crossover
fans kept making Sonic & his friends out-of-character. i dont mind shipping but i just hate & annoying at the same time tbh. real problem is crazy fans are mental level over about it too damn seriously. it becomes badly toxic & they saying: "your character doesnt belong with him/her, mine does" or stupid shit. they just took this too seriously. hell, i dont mind even my ocs/fcs is pair with them but only for fun cause nothing wrong with it. i mostly hate shipping is pair with crossover characters is more worse like for example: Sonic x Rainbow Dash? wtf? fuck no, it make no sense at all just very cringey.

HumansxMobius? very cringe to me. only thing is i really dont understand is people are complain about Sonic with human, they freak out? but Shadow with Maria, they support it? wtf..this is why i hate this. it make me feels uncomfortable & disgusting by it. people say Mobius characters do act like humans & yes it is true. but for me it is uncomfortable see Mobius having sex with humans..still disgusting to me. yes i did read it from this(sorry it been remove) http://kissthethunder.deviantart.com/journal/Bestialit..., i do understand but im still not accept this ship. tbh, i really hate it that all im going to say.

redangryman
See all 334 Shouts on this Account
Leave a Shout...